This past Sunday, I did what I do each Sunday morning – sent a prayer email to our pastors and leaders in our association of churches. I did not know that as I was doing that, Richard was going home to heaven.

It’s no coincidence that the text I used on Sunday was Psalm 116, which includes verse 15: “Precious in the sight of the Lord is the death of His saints.” Richard was one of the Lord’s saints – we will miss him, and we will always thank God for him.

I met and knew of Richard Spencer years ago, but it wasn’t until 2006 that my relationship w/him became significant. I was called to serve with Metrolina Baptist Association in Charlotte, and as I came on board, Richard was there as the association’s church strategist, focused on helping congregations and pastors, especially in the areas of strategic planning and demographics.

At this point in time, Richard had been at MBA since his retirement from Gaston Association in 1990, with a few years break to go to Poland & teach at the seminary there.

As I prepared to begin work at MBA full-time, Richard came to me and said he would stay or go, whatever I thought best for the association. I knew he was an older man, but didn’t know how old. When I asked, he wouldn’t tell me! But I know how to use the internet & found his birthdate online! He was 80 years old!

Thankfully, I was wise enough to know that we needed Richard Spencer at MBA. When our association was going through very difficult times in the late ‘90’s and into the new century, Richard was a stabilizing leader who quietly & steadily continued to encourage and equip the churches of our family, as he liked to call the association.

So, as my work began, I asked for his advice on how to start. He said we would need to set aside a week to talk – and so we did in September of 2006.

Here are some of the lessons he shared:

>Never stop learning. To say Richard was an avid reader is an understatement – he read at least 1 new book every week.

>Care for the churches. Genuinely care. Take time to listen to pastors & leaders, and encourage and equip them in every way possible.

>Don’t take sides with either pastors or churches – they both have issues and both need care & ministry.

>There’s no such thing as a senior moment. He could back this up scientifically. If you don’t keep your mind sharp, you can have those moments anytime in life!

>Take time to THINK. I heard this from him, then I watched him practice this. He did it with pen to paper, or on his laptop. Being still. Being still so that you could process what God was doing & what we needed to do in response to the situations we find ourselves in.

After that week of listening and learning, we began what would be over 4 years of working together in Charlotte.

We had a great journey together in ministry, sharing ideas, laughs, books, and more.

Working in uptown Charlotte is an adventure, and Richard loved it. We’re located on the southside of uptown, just across Belk Freeway. Richard showed me one of his favorite things to do, walking uptown to see the construction work and other new sights, then grab lunch there. The first time I went with him, he out-walked me!

Found out he ran every morning, at that time 3 miles a day (he dropped back to 1 mile in the last year or so.) I accidentally told my wife, Karla this – and her prompt reply was, “If Richard can run 3 miles at age 80, why can’t you walk 1 mile at your age?” Good question!

One day he came back from lunch excited – he had found a new place, Chipotle – and it became his favorite lunch spot.

He was always, always ready to learn. He was a life-long learner, interested in a wide variety of topics and interests.

When my mother was diagnosed with brain cancer, Richard was at the hospital caring for my family as a good pastor would.

Monday morning as I was reading my prayer guide, it included this text from the Book of Daniel, chapter 12, verses 2-3:

Multitudes who sleep in the dust of the earth will awake: some to everlasting life, others to shame and everlasting contempt.

Those who are wise will shine like the brightness of the heavens, and those who lead many to righteousness, like the stars forever and ever.

This is God’s Truth for us today. There is a day of resurrection coming, and Jesus will be known as Lord of all. On that day, every knee will bow, and every tongue will confess that He is Lord.

Those who are wise, like Richard Spencer, will shine like the brightness of the heavens. People like Richard will be a light to show others the way to hope, joy, and victory in the Lord.

People like Richard Spencer, who led many to righteousness – as a husband, a father, a grandfather, a brother, a chaplain, a pastor, an associational missionary, an encourager, teacher, mentor to pastors and leaders & churches, will shine like stars forever.

Our memories of Richard will be like lights showing us the way to the One who is the Way, the Truth, the Life: Jesus, the Christ, the Son of the Living God.

Thank you, Lord, for Richard Spencer. Thank you for making him the wise mentor and great friend You wanted Him to be.

He ran the race well.

He kept the faith & he shared it with all who would listen.

And, he finished his course. Thanks be to God!

I say to you today the same words Richard said to me in a thank you note I received after he retired last November:

“I pray that you will continue to go forward resolutely, hopefully, joyfully victorious in the strength of Him who can make us able for anything.”

A Message on Relationships and Discipleship from 2 Timothy 2:1-7 by Bob Lowman, Jr. Do you realize you’re part of a chain […]

Here is the first LeaderLesson for 2013…these will be coming weekly this year. Topic: Character. LeaderLesson1 Character 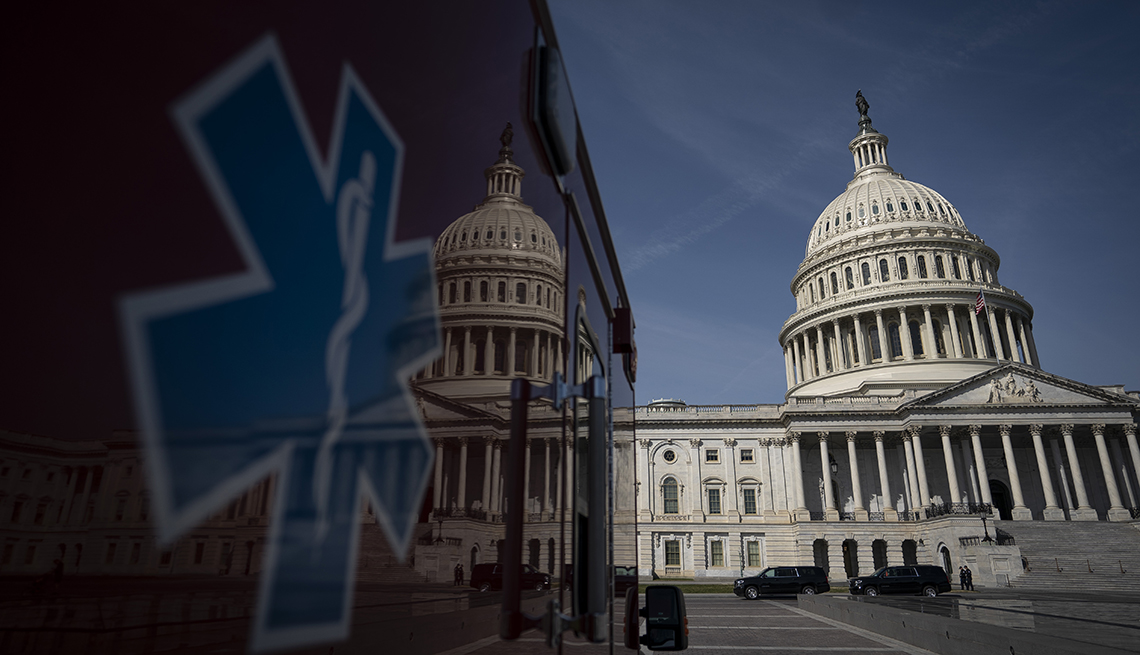 A Message about the CARES Act from Vanderbloemen The CARES Act was passed on Friday, March 27th, and the $349B will go […]

This LeaderLesson is adapted from the book by Gary McIntosh and Charles Arn, What Every Pastor Should Know: 101 Indispensable Rules of […]