Moreover, the ethnic diversity in Charlotte is only increasing:

Though much of Charlotte’s ethnic diversity is spread across the city, there are a few major concentrations of ethnically diverse communities. Perhaps most diverse is Charlotte’s Eastside along Central Avenue and Albemarle Road. Zip code 28205 contains this part of Charlotte.

One way to figure where various ethnic communities are concentrated is to map out ethnic locations such as restaurants, markets, salons, or worship centers. Visiting these various ethnic locations is a great chance to find men and women of different ethnicities gathered in one place, providing opportunities to learn more and to engage individuals with the gospel.

View Ethnic Locations in Charlotte in a full screen map 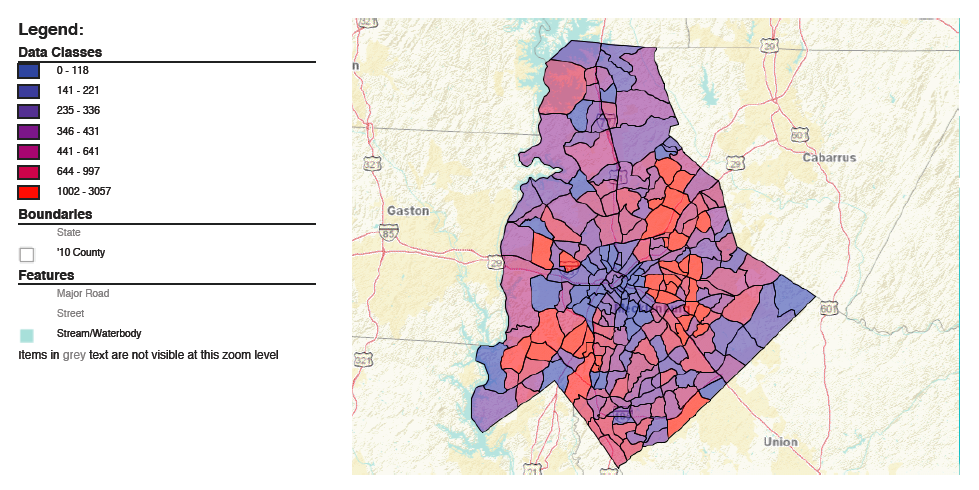 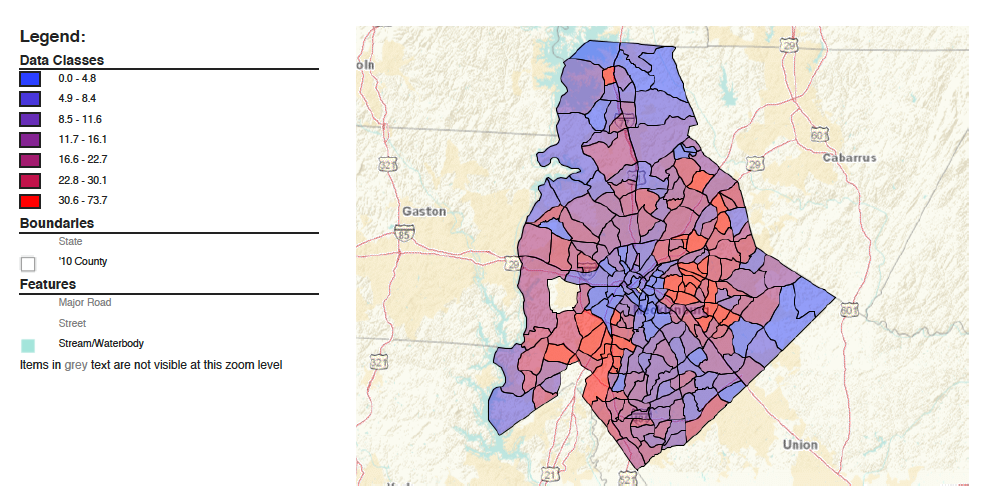 To discern which nationalities are highly represented in a geographic area, we can examine the country of origin for the foreign born population with in a geographic region. Below is a list of statistics on the foreign born population in Charlotte from the U.S. Census Bureau, 2008-2010 American Community Survey (ACS). Click on an individual country or region to view a map of its population in Charlotte by census tract. You’ll notice that the population of several countries is concentrated in two or three census tracts in Charlotte.

*Congo and Uganda are not listed in the ACS table. Both countries, however, have significant refugee populations in Charlotte.

*Bhutan and Nepal are not listed in the ACS table. However, the Nepali-Bhutanese refugees (groups which fled from Bhutan in the early 90s and have come to the U.S. from refugee camps in Nepal) have a population over 1,000 in Charlotte. This population has only been coming to Charlotte since 2008, thus they are not well represented in the 2008-2010 survey.

*The ACS table estimates 168 individuals from Burma. That number is far too low for present-day Charlotte given the recent arrival of many familis from Myanmar.

Click here to view the full ACS table from which the above statistics were drawn.

To learn more about the demographics of the Charlotte area, take advantage of the resources the U.S. Census Bureau has made available. At their website, you can look up data for race, languages, foreign born residents, etc. on various geographic units. You can also make maps like the ones above in order to visualize the census data.

To gain a better understanding of the diversity around the eastbound Central Avenue corridor, one international outreach worker performed a language survey of Mountcrest Apartments on Eastcrest Drive off of Central Avenue.

Over all, twelve different languages were being spoken in the homes of this one apartment complex. Out of the 110 occupied apartments, 102 of them used a language other than English at home. 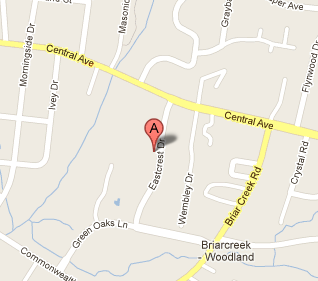 Most of the data on this page came from the following sources. If you would like to learn more about diversity in Charlotte, follow the links below: